This afternoon a crowd packed the Greater Good Coffee shop on the ground floor of the Citibank building in Redlands, Ca. Six women writers from the Inland Empire demonstrated the diversity of quality writing produced by women in the region. 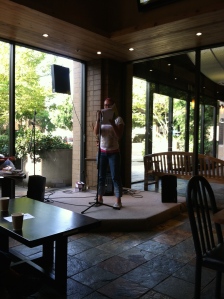 s. Nicholas delivered poems with great diction and striking images from her chapbook and some more recent work reminiscent of Gertrude Stein.

Michelle Bracken brought variety to the event as the only reader of prose fiction. 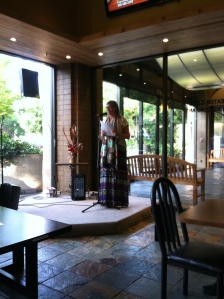 Cindy Rinne brings depth to her work through the myths of many cultures. 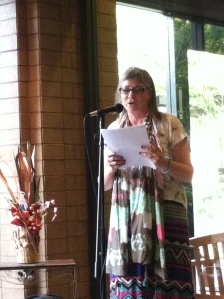 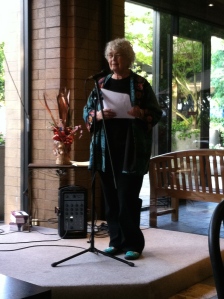 Ruth Bavetta shared a series of humorous and musical poems.  A natural performer, Bavetta had the crowd laughing loudly repeatedly.

Larry Eby organized the event and emceed.  Eby continues to be a leader in the Inland Empire’s writing community.